Revealing the numbers of animals killed worldwide by the meat, egg, and dairy industries since you opened this webpage 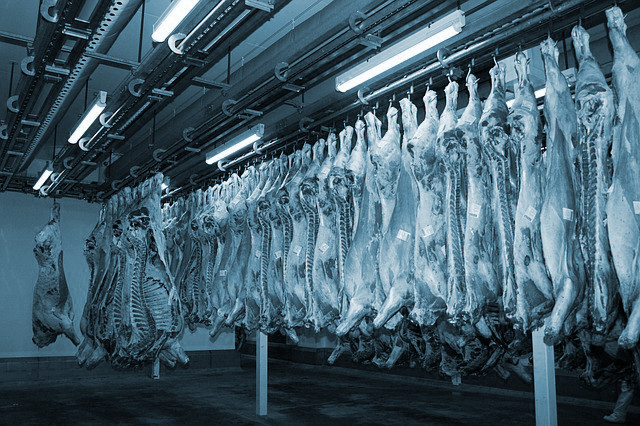 Origins of the Animal Kill Counter

The Animal Kill Counter was first posted in late May 2008 by Barna Mink, on a website called SFVegan. In a few months' time the Kill Counter proliferated to several thousands of MySpace and Facebook profiles, and has since made its way to numerous websites and blogs too. In September 2008 we adapted the Kill Counter to the ADAPTT website by streamlining its code and adding a rough estimation of 90 billion marine animals killed annually worldwide for food. In November 2008 Action for Animals posted on their blog a significantly improved, more comprehensive version with more specific description of the animals slaughtered. As of June 2009 we have modified our own Kill Counter to incorporate the best features of Action for Animals' and ADAPTT's versions. In July 2011 we supplemented our Kill Counter with estimated kills of dogs and cats for food, chiefly in Asian countries. These estimates originated in the website Animal People Online (now Animal People Forum). It is also important to remember all the animals in the meat, dairy and egg industries who are killed but never eaten because their remains go to waste.

Data for the Kill Counter are based on worldwide animal slaughter statistics culled from the Food and Agriculture Organization of the United Nations for the year 2003. According to these statistics, about 53 billion land animals are slaughtered annually worldwide. (It should be noted that at the time the numbers were compiled, they were the minimum numbers of animals killed each year. The actual numbers may be significantly greater insofar as some countries or territories either did not report, or deliberately excluded, some statistics.) Of the more than 200 countries researched, the top three—the United States, China, and Brazil—consume a staggering 46 percent of these animals as food. The United States alone consumes roughly 20 percent of all animals slaughtered for food even though it contains less than five percent of the world's population.

It's important to note that, since most of the available data are now 13 years old as of 2016, these estimates are extremely conservative. It is now quite likely that in many of the categories noted, the current kill rates are at least 10 percent higher than what is indicated here. As soon as more accurate statistics become available, ADAPTT pledges to update its Kill Counter accordingly.

For discussion of how marine kills were estimated, see the last section of this page, Estimating Slaughter of Marine Animals.

How to Get the Animal Kill Counter

The program code for all versions of the Animal Kill Counter is “open source,” which means that anyone is welcome to copy and use the code, and even modify the code as they see fit. To view the XHTML, CSS, and JavaScript source code components for the ADAPTT version, visit this webpage on our site. You will see a plain-text version of the Kill Counter in action. Right-click on that page, then from the pop-up menu select “View >> Page Source” (or “View >> Source”). Copy and paste the code to your favorite text or HTML editor for your own use. We encourage you to experiment with this code, since we cannot guarantee that it will work on all pages in all circumstances as written. However, before you modify any portion of the code, be sure that you know what you're doing—or invite an experienced programmer-friend to assist you.

Whether you use Action for Animals' version or ours, it would be appropriate, and much appreciated, to give credit to its source, as well as linking to that source. Credit can be in the form of outright HTML, or an HTML comment.

Most animal-rights organizations will shun entirely the matter of quantifying marine-animal slaughter. That's because, in truth, it's impossible to predict with much precision how many marine animals are killed annually for food. To begin with, the world's fisheries record their catches in terms of metric tons, not the numbers of individuals that animal-rights groups are concerned about. Therefore, numbers of individuals must be projected from gross catch weights (and, where fish are farmed instead, gross production weights) divided by what are estimated to be average weights of the various species of marine animal called into question. But these are all moving targets at best. Even the world's gross production and capture, measured in millions of metric tons, varies from year to year with changes in oceanic and environmental circumstances, and changes in local and global economies. These factors affect not only gross weights, but also the composition of catches, which also varies as one moves from country to country. When we add to the equation the staggering variety of marine animals fished and farmed for food, from the largest whales to the tiniest shrimp, we find that one cannot hope to calculate worldwide marine animal slaughter beyond a single significant digit of accuracy—an "order-of-magnitude" calculation which in this case amounts to the nearest tens of billions of individuals.

We at ADAPTT have settled on a rough estimate of 90 billion marine animals killed worldwide each year. The estimate is based largely on an estimated annual marine kill by the U.S. (the source of which is, admittedly, long forgotten) of 18 billion animals, almost double the number of land animals slaughtered domestically in the same period. This ratio of marine to land animals is roughly corroborated by another estimate of marine kills in the United Kingdom, according to which some 1.58 billion marine animals were fished or farmed in the UK in 2006, compared to slaughters of about 0.93 billion land animals—a ratio of about 1.7 to one.1 These ratios were then projected across the entire world to arrive at our estimate of 90 billion (with the hopeful assumption that whatever other countries fall short of the ratio will have been handily offset by China's predomination of the worldwide fishing industry).2

We believe that our estimate is conservative, and errs on the side of caution. Still, estimates such as this can be checked against another test according to which we work backwards from our estimate, by dividing gross annual production worldwide (measured in millions of metric tons) by our estimated number of individuals, to arrive at the supposed weight of an abstraction that we might call "the average marine animal." Total world fisheries captures and aquaculture, as estimated by the Food and Agriculture Organization of the United Nations and others for the period 1996 through 2002, have yielded results of 120.2, 122.5, 117.8, 126.6, 130.4, 128.8, and 133.0 millions of metric tons respectively.3 These figures in turn, along with our estimate, yield an "average marine animal's weight" of from 1.3 to 1.5 kilograms (2.9 to 3.3 pounds). These figures do not appear to be at all unreasonable. In fact, if the world's fisheries incline to capture and/or production of animals smaller than these estimates suggest, we may find the annual marine slaughter to be much higher than we have anticipated here.

1 Interestingly, these estimates were put forth by the Research Defence Society of Great Britain (now part of a merger called Understanding Animal Research), a pro-vivisection organization that based its estimates on numbers from the Marine and Fisheries Agency UK. It might be argued that the RDS agenda aims to exaggerate the number of animals killed for food in relation to the number of animals killed in vivisection labs. This is where the “reverse calculation test” suggested above proves beneficial. The MFA's citation of 614,000 metric tons of wild-caught fish in the UK in 2006, divided by the RDS's projection of 1.5 billion marine animals (discounting farmed salmon), yields an average weight of 0.41 kilograms (0.90 pounds). Definitely smaller than the numbers noted above, but not necessarily suspect because, importantly, they are of the same order of magnitude as the worldwide estimates, and must also take into account the preponderance of smaller fish species in British diets, notably kippers, sardines, and mackerel.

2, 3 Readers interested in pursuing these issues further should consult the following sources: