Finding vegan breads is just a matter of knowing what to look for, reprogramming your normal routine, and trying something new 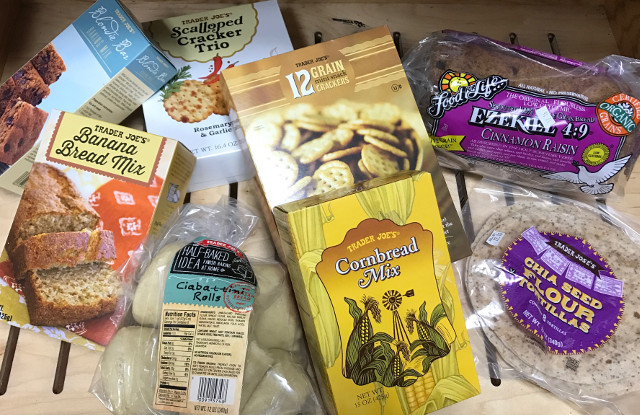 When you think of a simple food item like bread, very few ingredients should come to mind: flour, water, yeast. Why do the majority of breads on the market have 30 to 40 ingredients, with things like DATEM and L-Cysteine and dozens of other ambiguous ingredients? Because mainstream companies shamefully defile our food supply with unnecessary animal by-products to cut down on costs and exploit every last part of an animal's body. For instance, the Einstein Bagels chain has L-Cysteine, an animal amino acid, in its bagels; L-Cysteine is sourced from hair boiled off the bodies of dead animals. And how about mono- and diglycerides from the fat of animals, sodium stearoyl lactylate from the blood and muscle tissue of animals, DATEM (another animal-fat byproduct), monocalcium/calcium phosphate from animal bones—and let's not forget honey (bee vomit).

Some of these ingredients DO have plant alternatives, but unless the label indicates that these ingredients come from vegetable sources, or that the company is vegan, they are likely sourced from the dead bodies of animals. Other frequently used non-vegan ingredients include eggs, milk, milk powder, vitamin D3, whey and sweet dairy whey, milk fat, and butter.

Luckily, there are ethical bread choices. For example, Food for Life makes an extraordinary variety of breads, muffins, and tortillas that are free of animal ingredients, including Ezekiel 4:9's original, sesame or cinnamon raisin breads; Ezekiel 4:9's sprouted grain tortillas, cinnamon raisin, sesame, low sodium, 7 sprouted grains, brown rice and cinnamon raisin English muffins; and Food for Life's brown rice and rice almond breads. Food for Life even offers nine gluten-free vegan breads as well. It's just a matter of knowing what to look for, reprogramming your normal routine, and trying something new.

If you're out and about, you can use your iPhone or other smart phone to find several places that offer vegan breads. The following apps provide an extensive list of all things vegan at restaurant chains: Happy Cow, VeganXpress, Animal-Free (Apple devices) and Animal-Free (Android devices), or Cruelty-Free (Apple) and Cruelty-Free (Android). Here's some more info about vegan bread selections: 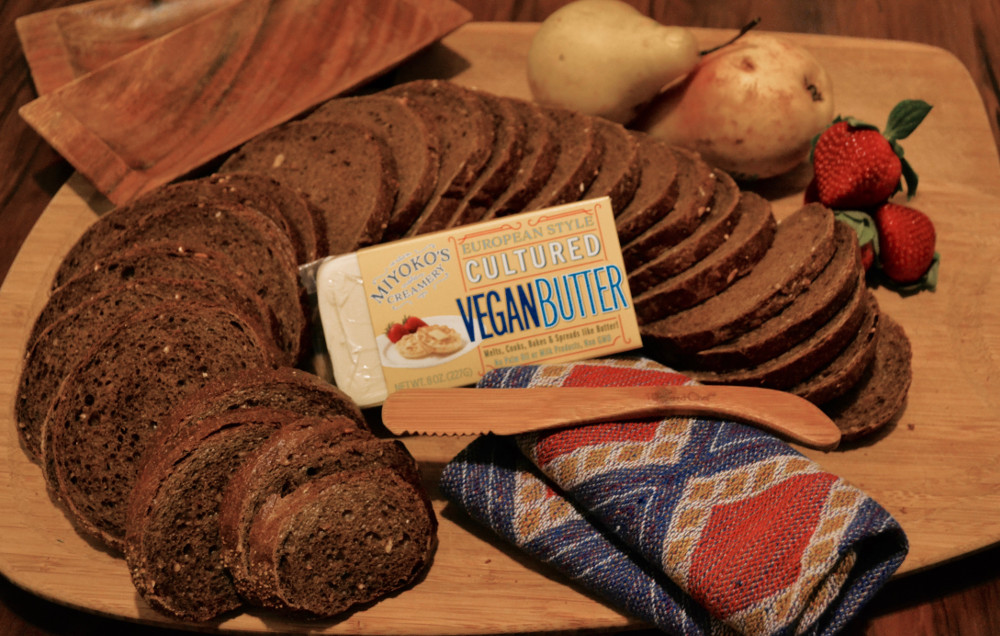