Animal agriculture is the elephant in the room that most so-called “environmentalists” don't want to acknowledge, confront, or discuss

Many people who fancy themselves to be environmentalists are fond of demonizing the automobile industry, calling it the number one agent of global pollution. (Just look at some of the literature emanating from such "mainstream" organizations as Environment California and the Sierra Club.) However, when it comes to environmental destruction, animal agriculture is the elephant in the room that no one wants to acknowledge, confront, or discuss. As the above video attests, animal-based agriculture is the number one cause of deforestation, air pollution, and water pollution. Therefore, those people who still incorporate meat, eggs, or dairy products in their diet cannot claim to be environmentalists.

Here is a summary of how the production of meat, eggs, and dairy products takes a staggering toll on the ecosystem:

According to the Environmental Protection Agency (EPA), the runoff from factory farms pollutes our rivers and lakes more than all other industries combined. In the U.S. alone, animals raised for food produce 130 times more excrement than the entire human population—86,000 pounds per second. A typical pig factory farm generates as much raw waste as a city of 50,000 people. Chicken, pig, and cow excrement have polluted over 35,000 miles of rivers in at least 22 states and contaminated groundwater in at least 17 states.

If you're concerned about ingesting pesticide residues yet you're still a carnivore or omnivore, pay particular attention to the next sentence. The overwhelming majority of pesticide intake comes from eating animal products. There are three reasons for this. First, the meat, dairy and egg industries douse billions of animals with chemicals to kill flies and mosquitoes that spread diseases from animal to animal. These chemicals seep through the pores, where they're permanently stored in the animals' flesh. Second, federal law allows crops set aside as animal feed to be sprayed with two to 20 times the amount of chemicals used on crops set aside for human consumption! Finally, keep in mind that it takes from three to 20 pounds of plant protein to produce just one pound of animal protein (depending on the animal in question). Therefore, by eating an animal you are not only ingesting many times more toxic residue from the very plants eaten by the animal you ate than you would have had you just eaten the plants yourself; you are also ingesting the accumulation of these residues over the entire (brief) life of the animal you ate!

In stark contrast, only a small percentage of pesticide intake comes from plant-based foods. But the majority of that residue can be washed away pretty easily. You also have the option to purchase organic plant foods, which solves the chemical problem altogether. While you might be able to buy some chemical-free animal products (which is pretty hard to do because animal feed is rarely organic), don't forget that there are still four issues that can never be overcome: (1) slaughterhouse cruelty; (2) the commodification and enslavement of animals; (3) the deleterious effects of consuming animal protein, casein, the excessive amount of fat found in all animal products, and the naturally-occurring trans fatty acids found in meat and dairy; and (4) the environmental destruction and world hunger caused by animal-based agriculture. 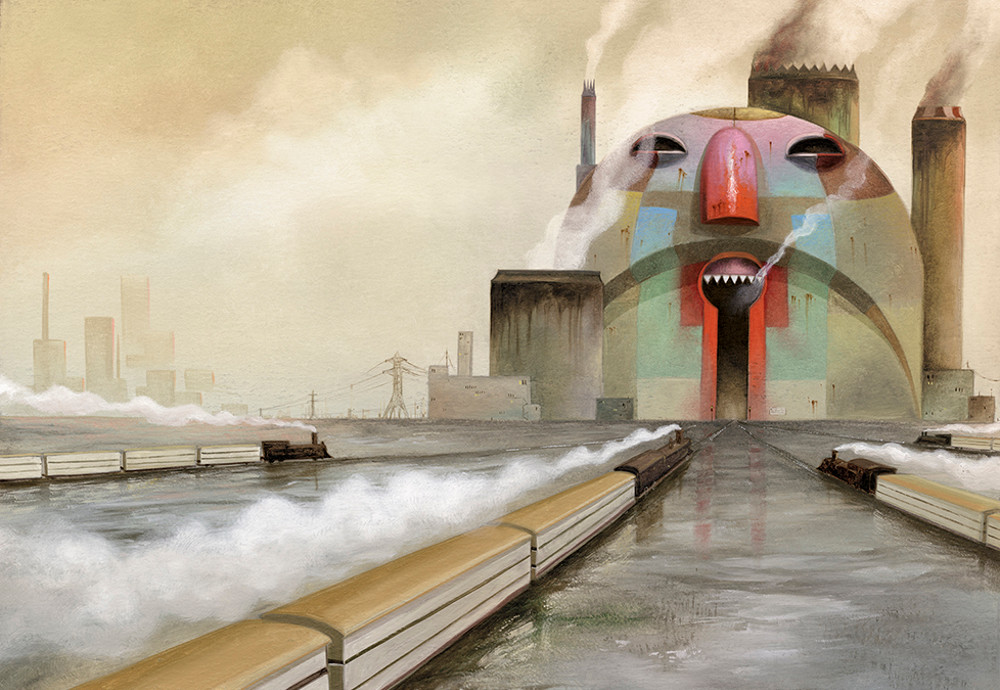 Of all agricultural land in the U.S., nearly 80 percent is used to raise animals for food. More than 260 million acres of U.S. forest have been cleared to create cropland to grow grain for animal feed, and about 85 percent of the seven billion tons of topsoil lost in the U.S. each year has been directly attributed to the enslavement of cows. It takes twenty times more land to sate the appetites of meat, dairy and egg-eaters than vegans: those who eat animal products require roughly 3.25 acres of land per person per year to feed themselves, whereas vegans require only 1/6 of an acre per person per year. 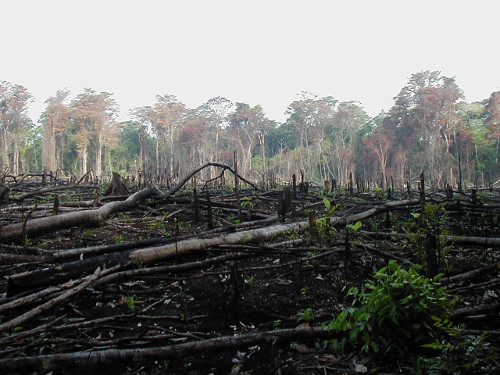 For every pound of hamburger produced in rainforest countries, approximately 220 square feet of rainforest are cleared to grow the required feed. Through this clearing approximately 2,600 pounds of living matter will in the best of circumstances be displaced, or destroyed altogether. This living matter includes roughly 20 to 30 different plant species, over 100 insect species, and dozens of birds, mammals and reptiles. What is more, along with the biomass found in coral reefs, rainforest vegetation is said to be one of the most promising sources of heretofore-undiscovered chemical compounds for treating many diseases that were once thought to be intractable. These resources are simply laid to waste when rainforest is cleared. Even worse, unlike coniferous forest land, tropical rainforest can never be replaced once it has been cleared.

The meat, egg, and dairy industries are heavy consumers of fossil-fuel resources. Raising animals for food requires more than one-third of all the raw materials and fossil fuels used in the United States. The best flesh-food enterprise returns a paltry 34.5 percent of the invested fossil-fuel energy as food energy, measured in terms of caloric expenditure. In contrast, the poorest crop enterprise returns a whopping 328 percent. In other words, the least-efficient plant-based food is nearly ten times as energy-efficient as the most-efficient flesh food!

Whether you're a hardcore liberal who believes that humans are responsible for global warming, or a staunch conservative who believes that the warming of the earth is a natural cycle, I think we can all agree that intentionally emitting nitrous oxide, methane and carbon dioxide into the atmosphere can be classified as pollution. And pollution has the potential to sicken the earth and its inhabitants. Liberals and conservatives alike must understand that the feces of all animals in the meat, dairy and egg industries emit nitrous oxide and methane, two highly noxious pollutants. (See the video in the Water Pollution section above.) Plus, when it comes to carbon dioxide, few people recognize the devastating impact that destroying rainforest to grow crops for animal feed can have on the environment. For example, it's becoming increasingly well-known that burning one gallon of gasoline in an internal-combustion engine releases about 19 pounds of carbon dioxide into the atmosphere. But clearing and burning enough rainforest to produce just one hamburger releases 165 pounds of carbon dioxide. Veganism, as always, is the best, most efficient way to help the environment. When all is said and done, there is no such thing as an environmentalist who consumes animal foods of any kind, whether it's meat, cheese, milk, or eggs.

For more information about the environment, check out the research of Professors Gidon Eshel and Pamela Martin, the World Watch Institute's report, and the November 2006 report from the United Nations.