Meat, dairy and egg-eaters disingenuously invoke these hypothetical situations only when the scenario involves species other than their own 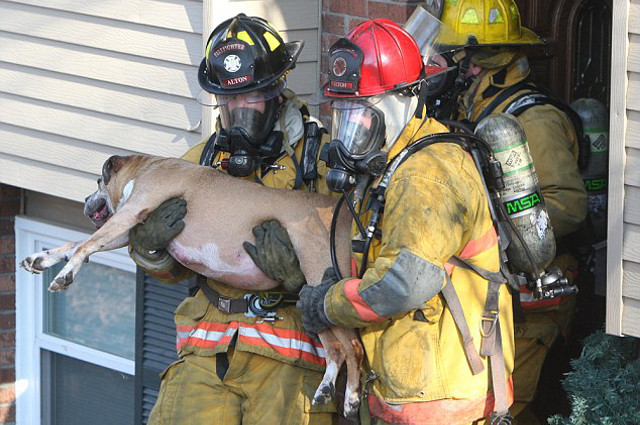 Animal rights people are often asked whether a firefighter should save a dog or a child from a burning building. (Sometimes this question is framed as a drowning scenario. Should someone rescue a drowning dog or a drowning child?) Although this question is juvenile, discriminatory, and completely irrelevant to an animal's inherent right NOT to be tortured, abused, enslaved, commodified and murdered by humans, I express all of my beliefs unabashedly on this website. So I will answer the "burning building" question in two different ways.